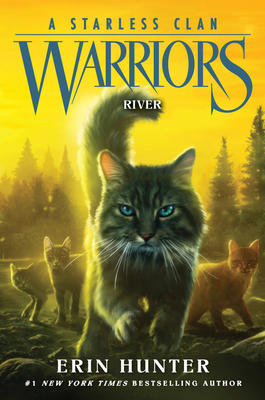 Other Books in Series

This is book number 1 in the Warriors: A Starless Clan series.

They have always lived by the code—but only change can keep the peace.

A new age is dawning on the warrior Clans. Now a new generation of warriors rises—one wrestling with the legacy of his great ancestor Firestar, one seeking to protect her troubled Clan, and one yearning to prove herself as a medicine cat—as leaders from all five Clans agree that the Warrior Code must be reformed.

But when tragedy strikes RiverClan, old fears will threaten the new peace… unless these three young cats can calm the coming storm.

This seventh epic Warriors series is full of action, intrigue, and adventure. This first book is the perfect introduction for new readers, while long-time fans will discover what unfolds after the events of The Broken Code.

Erin Hunter is inspired by a love of cats and a fascination with the ferocity of the natural world. In addition to having great respect for nature in all its forms, Erin enjoys creating rich mythical explanations for animal behavior. She is also the author of the Seekers, Survivors, Bravelands, and Bamboo Kingdom series.